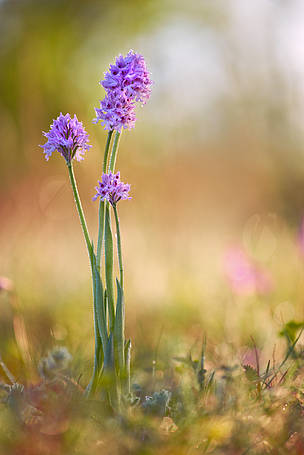 Orchis tridentata
© Vladimir Klichevsky WWF-Russia
Since 2017, biodiversity conservation has become obligatory for logging companies according to a Decree of the Ministry of Natural Resources and Ecology of the Russian Federation.

The national legislation was firstly implemented by the Krasnodar, Dagestan, Chechnya, Stavropol, North Ossetia and Rostov regions, and  at the end of 2018, also by Adygea, Kalmykia, Ingushetia and Kabardino-Balkaria regions with Karachay-Cherkessia being the last Caucasus region to implement the new regulations in February this year.  Overall, 39 regions in Russia have already adopted the government regulation making biodiversity conservation mandatory during commercial logging operations.

“We are glad that all the regions of the Russian Caucasus have recognized the importance of sustainable forest management and are ready to cooperate with us. The Caucasus is one of the richest parts of Russia in terms of species diversity. Our goal is to conserve and protect the biological diversity and natural resources of this territory, because human activities can seriously impact our ecosystem. The new regulations have been established to protect our natural forest heritage,” says Elena Cherkasova, forest project coordinator at WWF-Russia’s Northern Caucasus Regional Office.

In practice, this means that between 2019 and 2028, all forest companies that operate in these regions must follow strict rules to conserve forest biodiversity during commercial logging. As part of the requirements, certain areas in the forest concessions - those that have rich, diverse biodiversity of high conservation value (HCV) – will need to be protected.

These include for example strong and tall, old trees like Pínus sylvéstris, Oak quércus, Populus nigra that nests rare birds such as white-tailed eagle (Haliaeetus albicilla), eastern imperial eagle (Aquila heliacal), or black stork (Ciconia nigra), also 10 meter width forest belts along water streams as they are inhabited by lots of rare animal species (i.e. Pelodytes caucasicus), plants (i.e. Táxus baccáta, Staphylea cōlchica) and special types of mushrooms (i.e. Amaníta friábilis), most of which can only be found in the Caucasus region. And if a forest site with old-aged trees (i.e. Fagus orientalis, Abies nordmanniana, Pinus sylvestris, Picea orientalis) is nestled among young stands, companies will have to omit 1 hectare from logging.

WWF´s work and efforts to protect biodiversity in Russian forests during commercial logging, supported by the WWF-IKEA Partnership on Forests, has been taking place for over 25 years and  resulted in various guidance and recommendations that helped identify and indicate important places for biodiversity conservation.

We are proud that the WWF-IKEA partnership has contributed to the development of regulations aimed at protecting biodiversity in one of Russia’s biodiversity-rich regions, Caucasus. Currently IKEA does not source wood from the region, however, we are committed to contributing to a greater good that goes beyond our own needs, something that we call our “Forest Positive” approach. We believe regulation is a critical element for responsible forest management and the FSC certification in turn makes the wood sourced from Caucasus more competitive and attractive to buyers, similar to IKEA, commented Mikhail Tarasov, global forestry manager at IKEA. 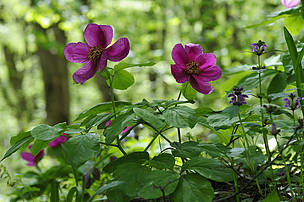